An Incomplete Atlas of Regeneration is an omnibus of diverse texts and images produced by authors across fields and areas of expertise. It deliberately works with shorthand and variety. It should be used as a guide post for the readers’ own searches. It does not aspire to become an exhaustive overview of the topic; rather, it wants to be a guide and a record of one’s own endeavors to find a way out of blind alleys, incomplete and imperfect as they are. Because the Anthropocene represents mainly the emergence of human productive capacities at a scale of gigantic planetary processes, it destabilized our entire idea of the relationships between society, the individual and nature. Accepting its incomplete and fragmented nature is, in its way, an escape maneuver from paralysis and overload.
In An Incomplete Atlas of Regeneration you will find philosophical reflection, artistic gestures, sociological glosses, conceptual sketches, ironic commentary, personal confessions, graphic documentation, visual interpretation, illustration and photography. The alphabetically ordered entries provide a set of terms important to the current generation of researchers in contemporary art as well as different scientific fields, linked via their shared intention to grasp the most pressing issues of the people inhabiting the Earth in the early 2020’s.
An Incomplete Atlas of Regeneration is a postscript, of sorts, of the first edition of the annual interdisciplinary action Dům kultury a únavy
(The House of Culture and Fatigue). The editors Katarína Hládeková and Vojtěch Pecka collaborated as curators and brought together a diverse group of people from the artistic and social and natural science circles. The two-day meeting happened under the auspices of the HaDivadlo theater in Brno and the Terén platform in the summer of 2021. This omnibus is, then, a physical and material postscript for the event. It is co-published by the Vydavatelství FaVU and the cooperative publishing house UTOPIA libri, edited by Marika Kupková. Graphic design by Petr Bosák,
Robert Jansa (20YY designers). 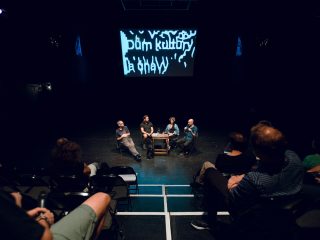 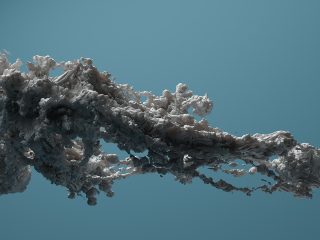